SERVING AUSTRALIAN BUSINESSES FOR OVER 30 YEARS

Join the revolution in workplace health & well being at the Workplace Wellness Expo Sydney 2019!!

Is Sitting down really the new smoking?

Is the Office Chair Really on it’s death bed?

Global research indicates that we site between 7 to 15 hours a day, (on average 9.7 hours each day including time at home), and we know that a sedentary lifestyle is unhealthy but….

Is sitting really the new smoking?

Visit us at stand 13C at the Workplace Wellness Expo to discuss practical solutions and strategies to improve your health and wellness at work and go in the draw to win a WorkFit TL Sit to Stand desk.

Alan Boyd of Ergotron will be presenting at the Workplace Wellness University during the Expo.

Title of Talk : Dying To Sit Down?

Key Focus: Presentation on the benefit of movement in the workplace.

Originally from Scotland, Alan has worked in the design, ergonomics and furniture industry all his working life. In 2000 he was asked to come to Australia by the Global furniture company Herman Miller and became Director of Herman Miller in Australia. Alan has been involved in the sale of tens of thousands of work chairs though out Australia and New Zealand. His role was then expanded to cover the Asian region to oversee Herman Miller’s ranges of classic furniture including the of Charles and Ray Eames and their iconic chairs.  After 10 years  at Herman Miller he left and  joined another iconic chair brand Thonet. Also known as “The Chairmaven” for his knowledge of chairs Alan recently left Thonet and joined Ergotron….. a company that doesn’t make chairs!

Alan has written for many design publications and been interviewed on the radio as an expert in authentic design and chairs. He has given educational and entertaining talks at design events. Such as Green Cities, Sydney Architecture Festival, Sydney Design, Saturday Indesign, Brisbane Pecha Kucha at the Powerhouse. He also has presented at international design events in Singapore and Jakarta. Apart from Eames his talks have included topics such as “Lessons in Life and Business : What Eames Taught Me”, “Design vs Style: Can the World Afford Style”  “The Brief History of the Chair” and  “The Future of the Chair.”

By ErgoPro|10th May, 2019|Uncategorised|0 Comments

A Division of Datanet Asia Pacific Pty Ltd: Datanet have been serving Australian Businesses since 1982 and are experts in Enterprise Mobility Solutions. For further information about Datanet please visit the Corporate Website: www.datanet.com.au 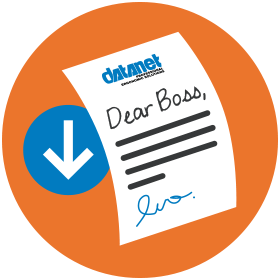 Need help convincing your Boss that you need a Sit-stand Workstation?