SERVING AUSTRALIAN BUSINESSES FOR OVER 30 YEARS

We have all heard it before – Get off the Couch!!

We might have heard it more times than we want to remember and, as much as we would like to ignore it, the shouting is getting louder and louder as research is highlighting the serious health consequences of our sedentary lifestyles.

The Australian Physiotherapy Association recently named the humble couch as Australia’s biggest killer. While we know that the reference may be a little tongue in cheek the underlying truth is that Australians need to move more, starting today.

“One of the best ways to maximize the brain is through exercise, movement”

Health Benefits of Standing up more

Ergonomics has been created to fit the human body as our current lifestyle contradicts what we were designed to do – which is Move. 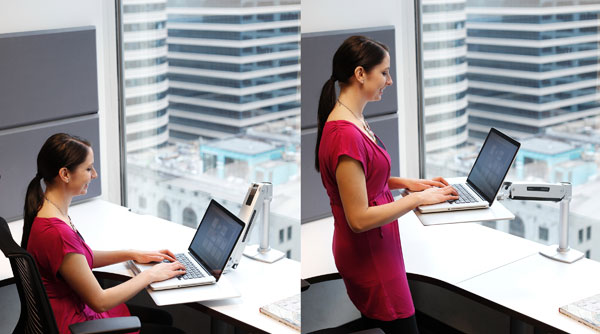 Homeostasis is the tendency of a system to maintain internal stability, owing to the coordinated response of its parts to any situation or stimulus that would tend to disturb its normal condition or function.

To retain a state of homeostasis our body needs to move, essentially movement produces endorphins, which help enhance our mood and encephalin, which minimises our pain. Movement lubricates joints, moves O2 and nutrition throughout our body and helps cleanse toxins.